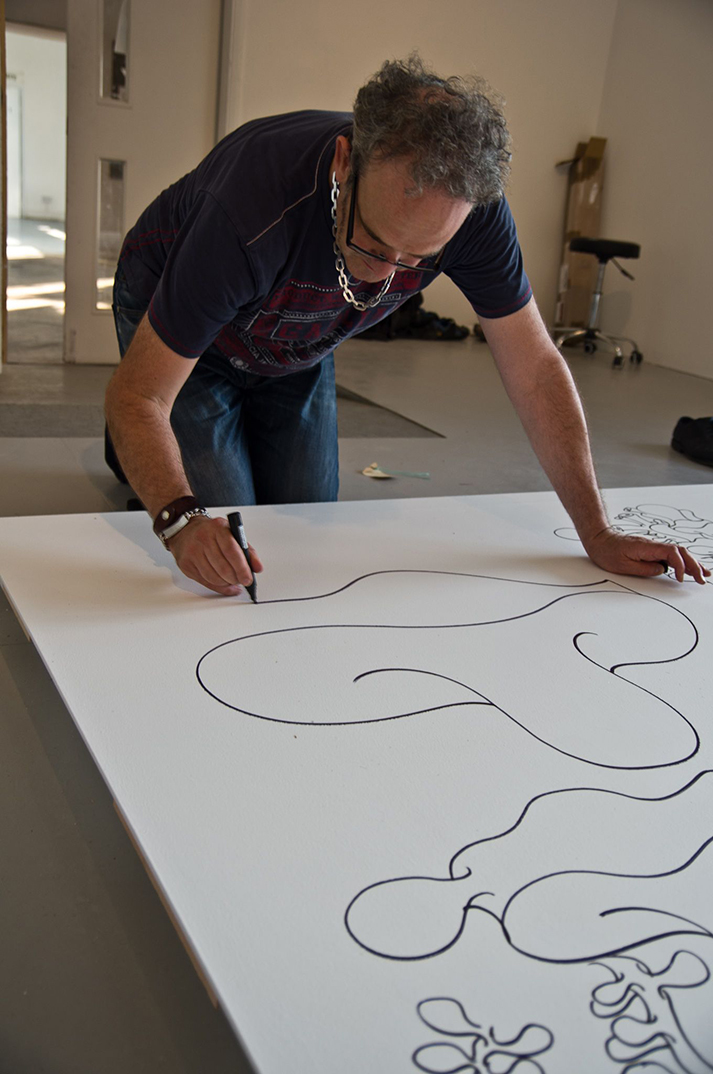 Originally trained as an artist at The Ruskin School of Drawing (Oxford University) and at the Royal College of Art, Latham moved into the computing industry and became a Research Fellow at The IBM UK Scientific Centre in Winchester in 1987. Between 1994 and 2003, Latham founded and led the leading games developer Computer Artworks Ltd which produced popular games such as The THING (Playstation2, Xbox and PC) for Universal Studios, which became a Number 1 hit in the UK and Germany. In 2007, he was appointed Professor of Computer Art at Goldsmiths (University of London) where his research projects with collaborator Prof Frederic Fol Leymarie include a joint project with Imperial College on gamification and protein docking. Latham was co-author with Stephen Todd of the book Evolutionary Art and Computers published by Academic Press which is still recognised as a key work in this area.

Latham’s considerable career also encompasses national and international exhibitions. The Conquest of Form toured to over ten galleries between 1987-1991 including the Arnolfini Gallery in Bristol, (1987) the Natural History Museum, London (1991) as well as the Cultural History Museum, Magdeburg, Germany (1991). In 1991 he presented work in the group show Computer Art at Centre George Pompidou, Paris, France and in 1993 Mutation Room at the British Council Show in Hong Kong. More recently, Latham’s solo exhibition Mutator 1 + 2: Evolutionary Art at Phoenix Brighton was part of Brighton Digital Festival in 2013 and toured to the iMAL Gallery in Brussels in 2014.

He is Co-Director of SoftV Ltd involving gamification and neuroscience, collaborating with UCL (University College London).