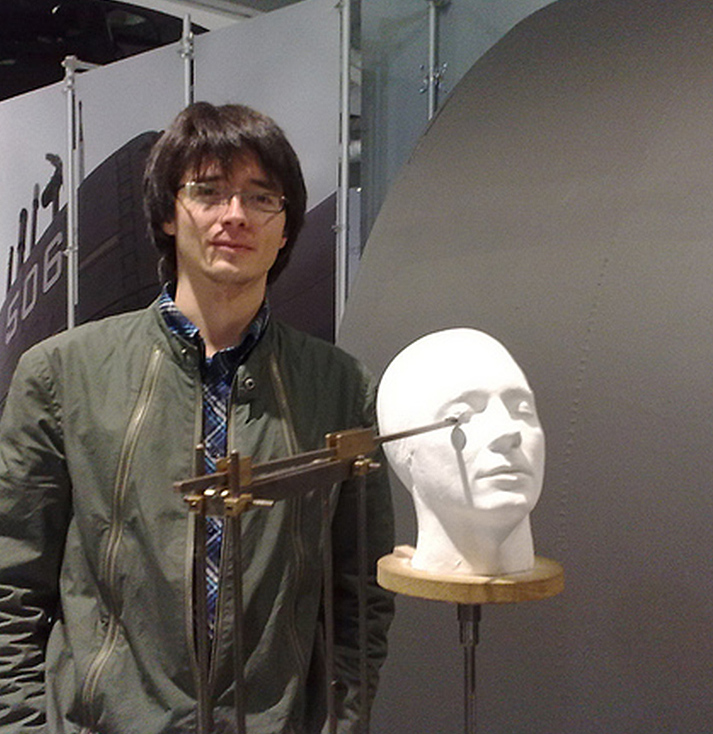 Born in Pécs, in 1976, Hungary, family to the UK at age of nine. He graduated with an MA in Fine Art sculpture at Edinburgh University in 2001. Bolygó’s early mechanical sculptures already attracted public attention at Bloomberg New Contemporaries 2002, Nottingham’s Angel Row Gallery Remote Control 2004, and Magnetic Visions Kinetica Museum London 2006. His first solo exhibitions in London included Soft Machines at the Hiscox Art Projects in 2003 and Mappings at the Long and Ryle gallery in 2005. He worked at Antony Gormley’s Studio for over six years, whilst he moved to London and established his own studio in East London. The exploration of science, mathematics and engineering in his work led him to work closely with organisations such as London’s Kinetica and the International Kepes Society.

Bolygó’s work explores the processes in the making of images and objects. His work harnesses natural forces to create tangible systems that move, make and create spectacular events where the ‘act of making’ of a work of art becomes just as important as the object itself. Bolygó lives and works in London.