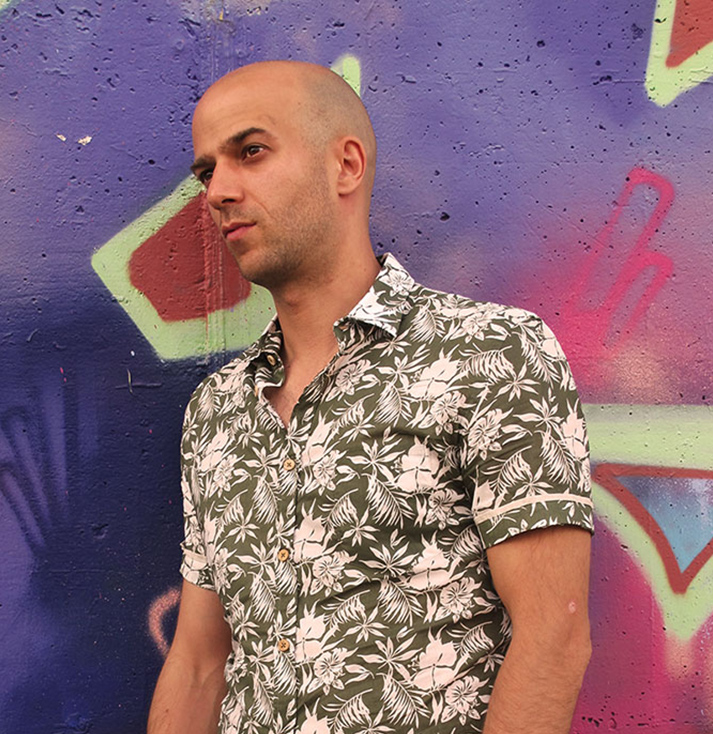 Daniel Berio (1978) is a software developer, artist and designer from Florence, Italy. Since a young age Daniel got actively involved in the international graffiti art scene and his work became known in Italy, Europe and the USA. In the meantime he developed a professional career first as a graphic designer and later as a programmer in video games, multimedia and audio-visual software. In 2010 Daniel moved to the Netherlands where he worked as a graphics programmer for VJ software Resolume. In 2013 he obtained a Masters degree from the Royal Academy of Art in the Hague, where he researched methods of simulating his graffiti-drawing style algorithmically and developed drawing machines and installations materializing the output of the generative- graffiti process. The artworks resulting from this research have been shown in galleries and festivals across the Netherlands and Europe. Today Daniel is continuing his research in the procedural generation of graffiti with his PhD studies in Goldsmiths University in London in the Intelligent Games and Game Intelligence (IGGI) programme.