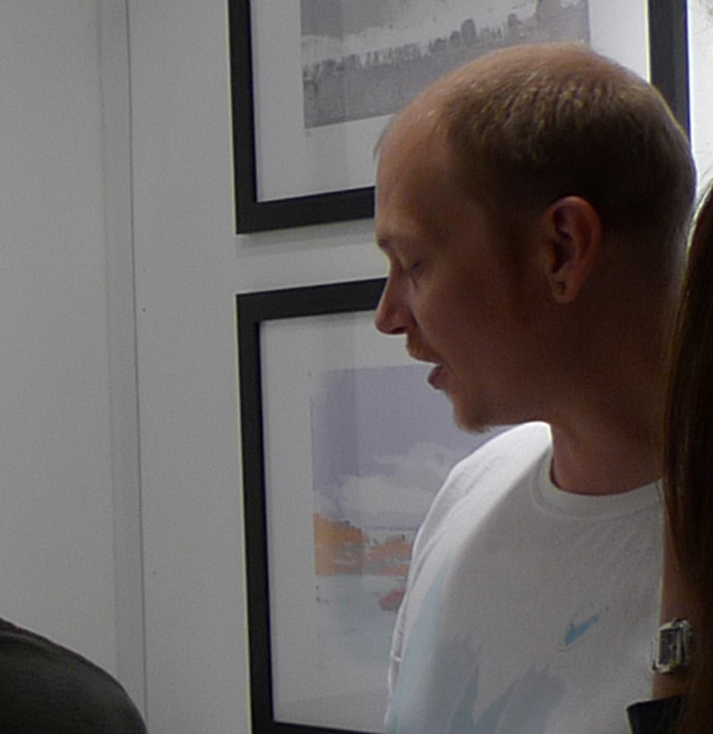 Damien Borowik is an artist who works with mediums and embraces digital craft. In his work, he investigates the human condition, where the experience of time is an inescapable factor of our quest to sublimation.

Whether in his paintings, digital or hybrid work, Borowik strives to create work that aspires to contemplation of the sublime, and where creation processes remain apparent and form an essential part of the resulting artefact.

His practice is intrinsically linked to the art of making, where the usage of tools and processes occurring during creation of an artefact become integral to its aesthetic. While considering their inherent qualities, he explores the shaping of mediums using various tools; traditional, virtual, customised or bespoke, by hand, code and machine.

Resonating closely with aleatoric art on one hand and abstract expressionism on the other, Borowik produces work in both analogue and digital form, often intertwining them in the creative process.

Borowik started to study applied arts in Paris at the École Nationale Supérieure d’Arts Appliqués et Métiers d’Arts (ENSAAMA), before continuing his studies in Graphic Design at Central Saint Martins in London where he has been working for the past 12 years.

In 2013, Borowik completed a Master in Computational Arts at Goldsmiths. Since then, he has collaborated with the artist Shen Xin to create the virtual reality work Lehrstück – A Prototype. He also completed an artist residency at Samsung in South Korea in May 2014, and has been invited to participate to MoOD Brussels 2014 fair. Damien Borowik has also participated very recently in the Kinetica Art Fair in London.