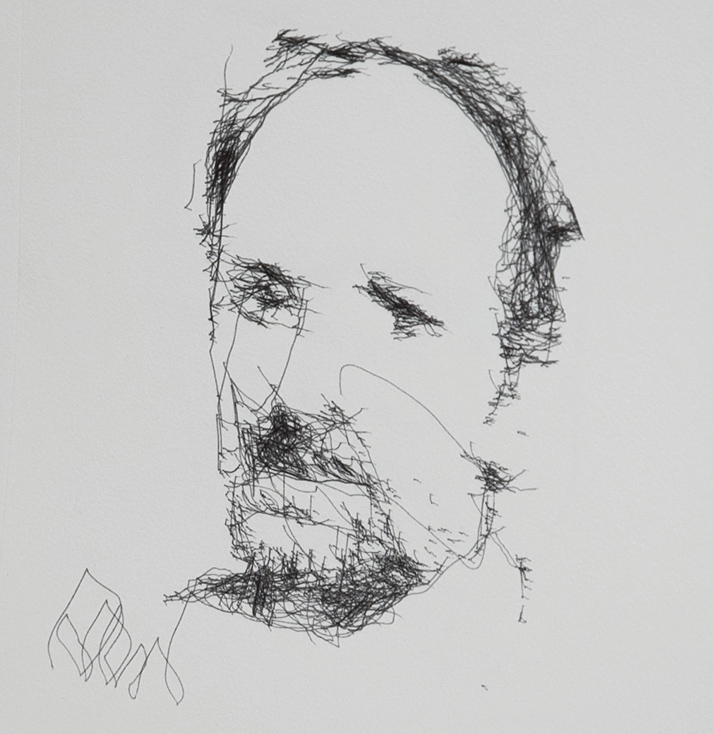 Patrick Tresset is a French artist and scientist who investigates human artistic activity and our relations with machines, in particular our relations with robotic entities. In the context of his art practice, Patrick uses robotics to create autonomous robotic entities that are evocative representations of the artist, and in a certain manner a representation of himself. His robots are based on research from robotics, computer vision, artificial intelligence and cognitive computing.

Patrick’s research led him to join Goldsmiths, University of London, to study for a Master of Sciences in Arts Computing. Until 2013, he co-directed the AIkon-II project with Prof. Frederic Fol Leymarie. The AIkon-II project investigated the observational sketching activity through computational modeling and robotics, and was funded in part with a research grant from the Leverhulme trust. Patrick also established the creative robotics module taught to post-graduate students at Goldsmiths as part of the MFA Computational Arts programme. Patrick is a Senior fellow at the Zukunftskolleg, University of Konstanz in Germany and is currently a visiting research fellow at Goldsmiths University of London, United Kingdom.