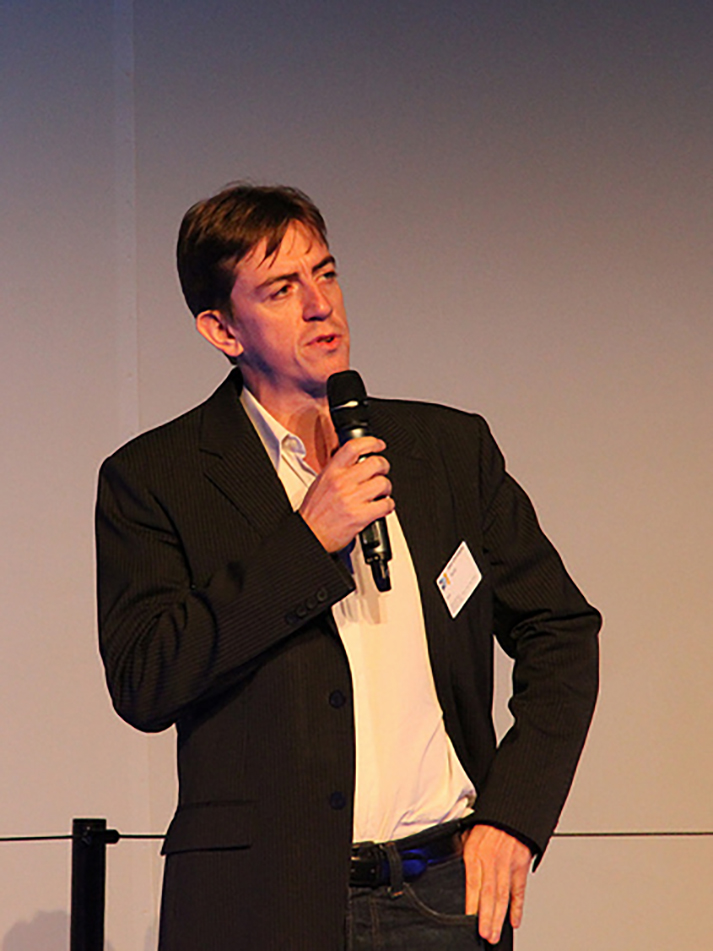 Jean-Christophe Baillie started his career in Science at the Sony Computer Science Lab in Paris, and then founded and directed the Cognitive Robotics Lab in ENSTA/ParisTech, where he worked on the emergence of language between robots and on a new operating system for robotics. These technologies became the starting point of Gostai, a startup company that he founded in 2006 and which has been acquired by the Aldebaran Group in 2012. He has recently launched an ambitious project in the field of advanced virtual reality by founding Novaquark, to develop a next generation MMO game. He received in 2007 the Pierre Faurre award from the Polytechnique Foundation, the ACES Microsoft ICT award in 2009 and the Glavieux Award from SEE/IEEE in 2013. Jean-Christophe is a graduate from the Ecole Polytechnique in Paris and received a PhD in Artificial Intelligence from Paris 6 university.