Based on the memory palace theory and virtual reality technology, this research project ‘RecallME’ aims at finding a way to combine these two fields to help people memorize. 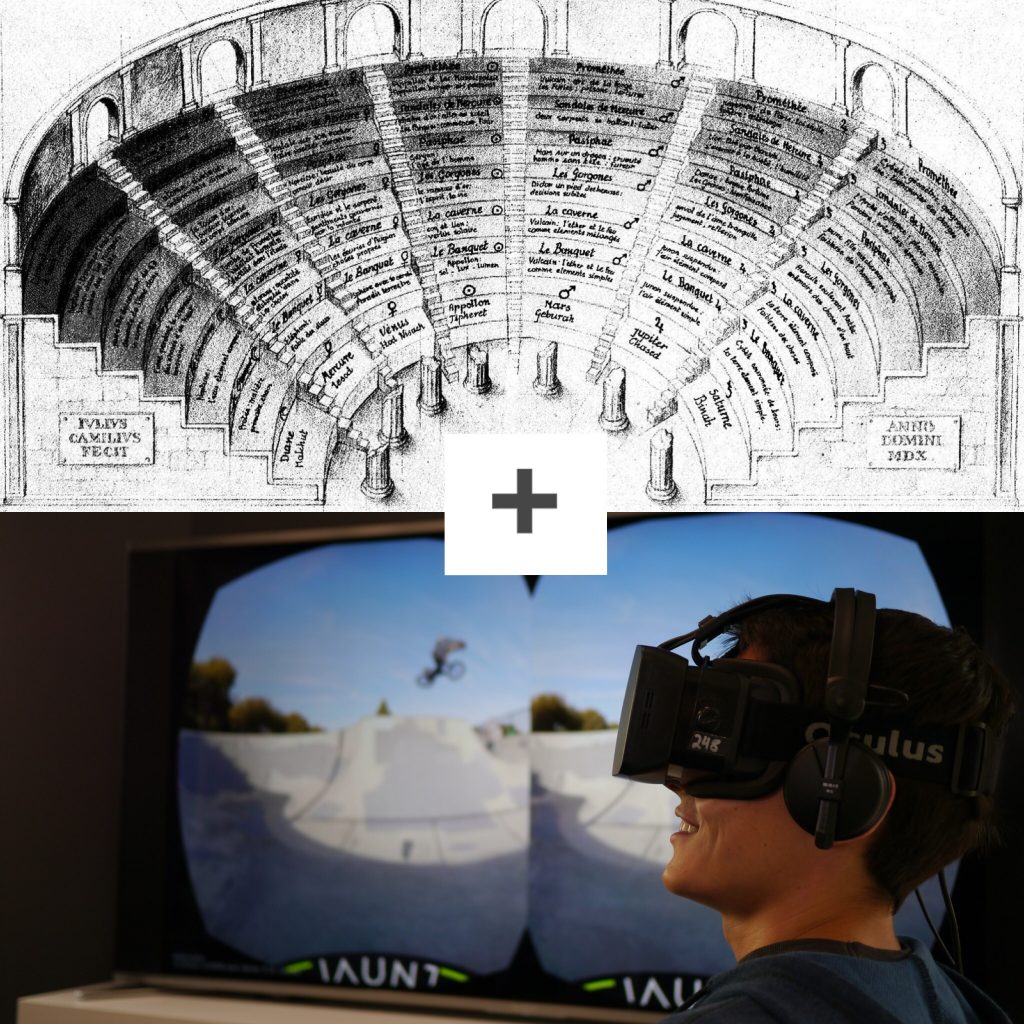 Since people’s way of storing memory tends to be more digital, there must be a brand new way which can be more convenient or full-scale in the future. According to memory theory, one of the best ways to recreate memories is by reproducing the scene and memory palace is the one which is quite corresponding. In the memory palace, each room store memory by categories. But building a memory palace is hard for most people, there is a potential to use technique. As for VR, it can provide an immersive experience for the user, which could help recall things better. Besides, VR is quite popular in some fields such as games, movies or exhibitions, which is considered is that whether there any possibility for VR applying in people’s most daily life as another electronic way.

Then the idea of ‘RecallME’ occurred. It is a virtual product for building people’s memory database, acting as a virtual memory palace storing many scenes. Although ‘RecallME is a conceptual product, t using VR to store memory can be an effective possibility someday. A VR picture is equal to a room in the memory palace. Users can create new room for new memory and divide their rooms into several categories, such as graduation, marriage, or any memorable moment. When any information is recalled, they can search it through the virtual memory palace quickly.

In this experiment ‘do you remember the name of the café’ shown in the video, only 5 of 22 can recall the name correctly? The point is that people can’t remember everything in their lives and don’t know what kind of information might be asked someday in the future. VR version memory can store as much information as possible that involved in the scene the user has taken part in. By immersing themselves in the VR memory palace, it’s easier to search the information they want.

Similar to this research, there are some other projects are studying using VR technology in memory fields. ‘The Wayback’ team designed a virtual reality film series named ‘The Way Back’, using VR glasses to help those living with dementia and their carers. Besides, another research claim that they are provided with highly optimisible a visuo-spatial environment made of software, which gives them the opportunity to tailor the Memory Palaces to people’s own needs.

VR research about memory is still in the start period now, some limitation and risks should be paid attention to. Like other kinds of digital information, there is a risk of data being compromised. As a result, the protect procedure should be enhanced convincingly. Combined with other technologies can be an efficient way to make it well designed. ‘RecallME’ is still a conceptual product now, but it’s possible to come true in the future as such a number of teams are support the idea. VR could be accessible to everyone, as can the memory palace.