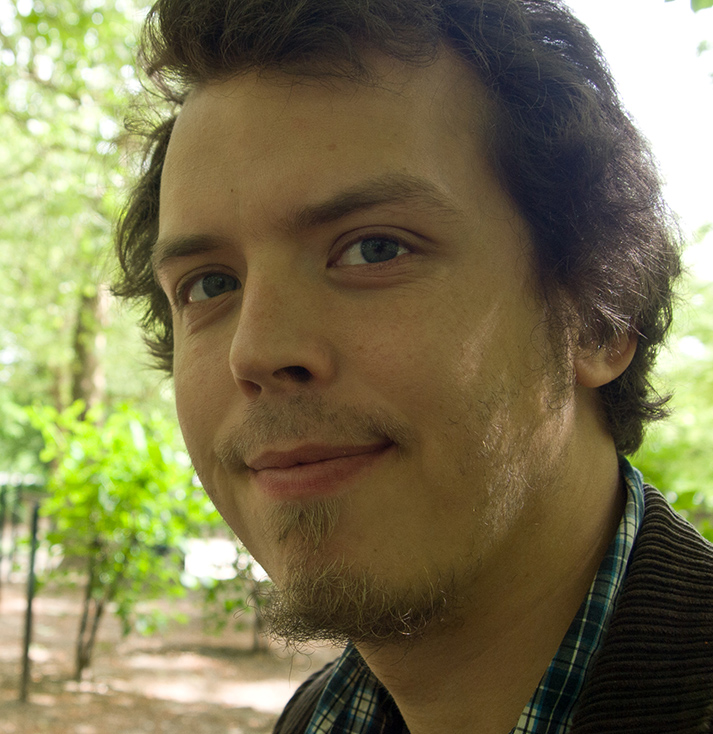 Peter Todd grew up in a household where writing code to generate art was an everyday fact of life, and as such finds nothing unnatural in the idea that the formality of algorithms can have a symbiotic relationship with ostensibly ‘freer’ creative aesthetic explorations. Son of mathematician Stephen Todd, whose collaboration with artist William Latham at IBM led to the production of pioneering evolutionary computer art, he now pursues similar interests both independently and with Latham’s “Mutators Research Group” at Goldsmiths.

Before becoming involved with Goldsmiths, Peter studied Sonic Art at Middlesex and has a continuing interest in the design of novel tools for design, composition and performance of experimental music, sound art and data sonification. While much of his recent work has been purely visual, he has also created the audio element of Latham’s contemporary work – the audio processes used being partly based on another iteration of the Feedback Variations.

Peter is most – although not exclusively – interested in creating interactive artefacts that are meant to stand as works of art in their own right rather than composed pieces of music or rendered video. His development practice is starting to make use of live coding techniques, which he anticipates continuing to develop in the context of performance but also crucially as a tool for actively engaging both public and practitioners in creative computer science. He also enjoys fully air and natural sound and light, and hopes to integrate these more fully into his art practice in future.