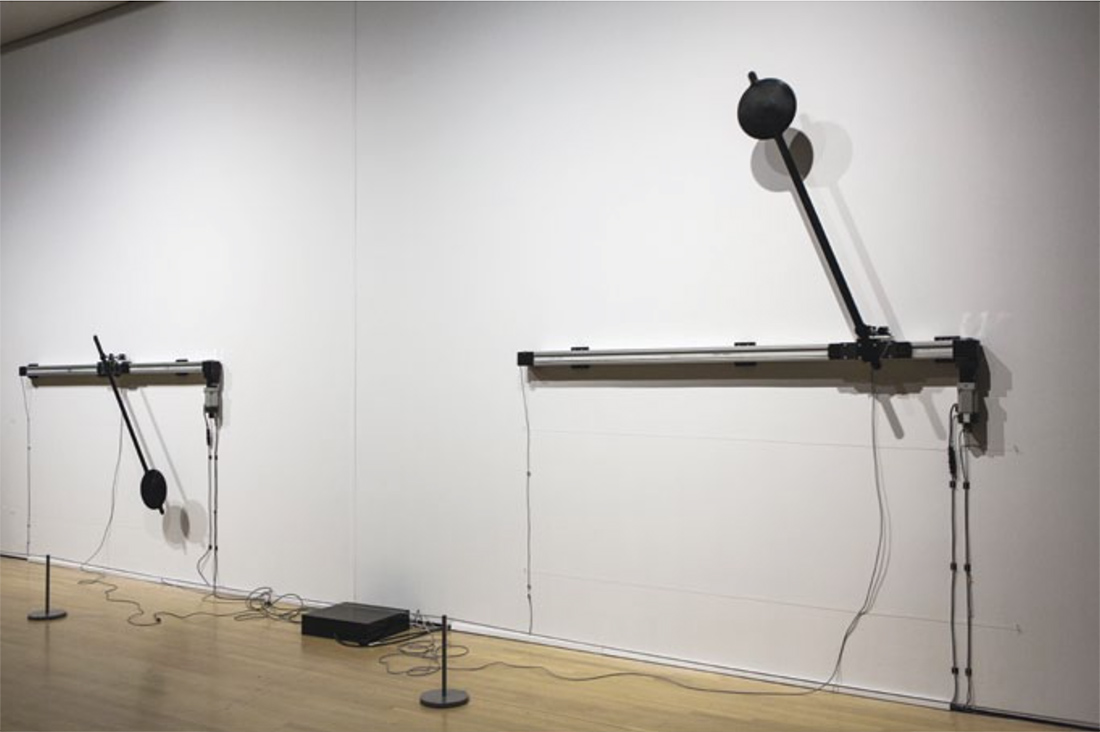 D.W.I gathers experiments as fictional strategies to generate infinity: the complexity of chaos, the space filling capacity of the rhombic dodecahedron, the replication of motorized mechanical systems as clones, or a machine’s effort to raise a pendulum against gravity to find perpetual equilibrium.

The ancient alliance has been destroyed; man knows at last that he is alone in the universe’s indifferent immensity out of which he emerged only by chance. – Jacques Monod

Following the Prigoginian paradigm, DWI Chaos and DWI Clones, focuses on those aspects of reality such as disorder, instability, disequilibrium and non-linear relationships. The installation confronts the viewer to the anatomy of nature as an open system: entropy, the metaquantification of complexity, gravity, the control of chaos…

Clones uses two identical inverted pendulums: based in a motorized mechanical system, the pendulums are mounted with the pivot point on a cart that moves horizontally. This movement makes the pendulum swing, and once the pendulum rotates to its inverted vertical point, an algorithm takes control of the movement of the cart and tries to find equilibrium against gravity. The artist explores the expressiveness of the system, using human size heavy pendulums, capable of generating enough inertia to generate self-rotation. He also tries to humanize the system in a game of failures and successes.