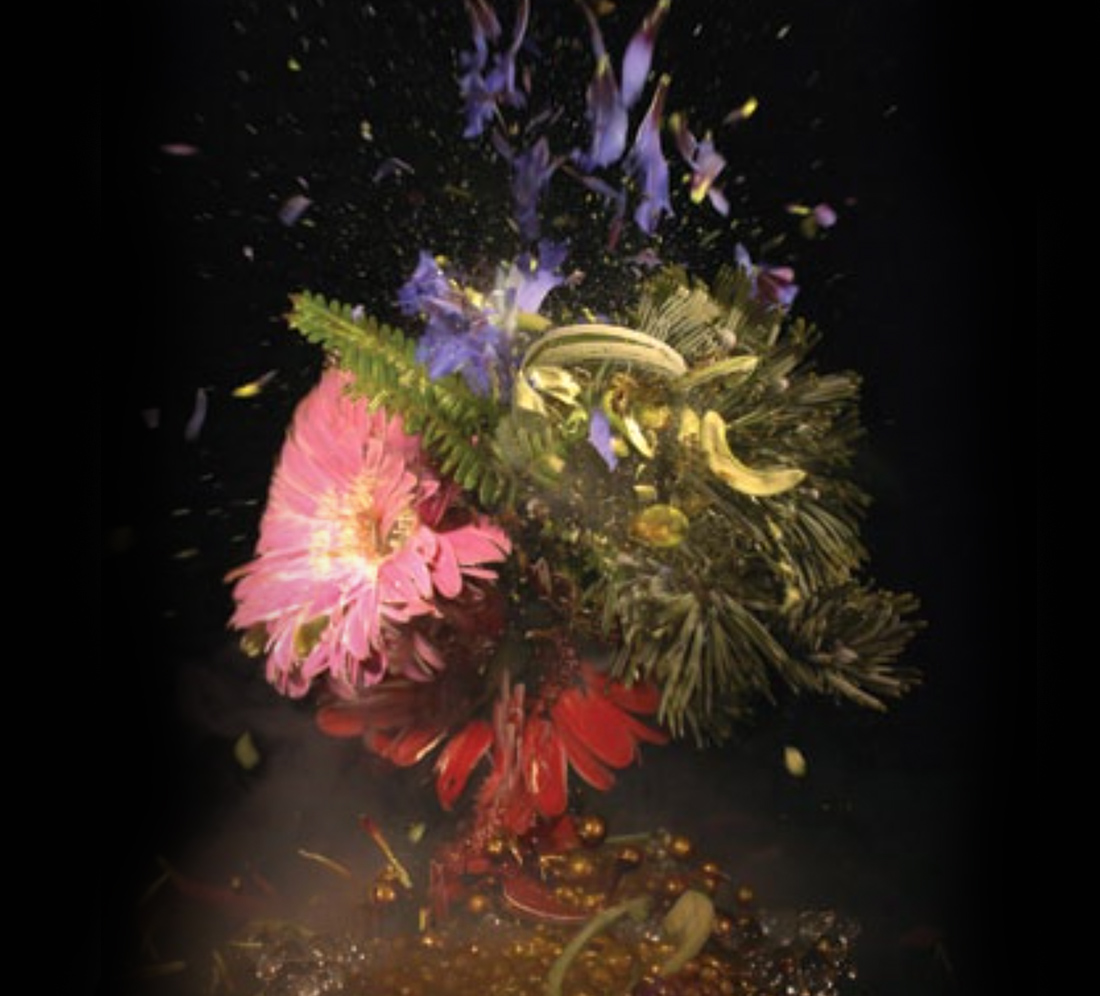 Naoko Tosa’s new series of works pays homage to Rimpa, one of the major historical schools of Japanese painting that was founded in Kyoto in the 17 th century.

Famed for its usage of luxurious golden colour, one of its key exponents was the artist Korin Ogata, whose paintings of Wind God and Thunder God have become representative of the style. The fragmentation of flowers by the elements of wind and thunder serves an allegory for the fading of old customs and the beckoning of a new future.

Oiran alludes to the eponymous courtesans popular during the 18th and 19th century; the roses, as though performers in a Kabuki piece, exude a gallant beauty while their fragility evokes a dreamlike presence, at once ephemeral and elusive. A flower blooming in space in Space Flower symbolizes life and refers to one’s individual self. Perhaps the act of maturing requires one to reject one’s past, an act that inflicts hurt upon one’s self, but the individual more often than not comes out stronger. Space Jungle depicts a jungle on a planet far away from ours.

Abundant water and flora abound on the surface while an array of minerals and plants inhabit the underground, navigating the chaos of zero gravity in obliterative spurts of dance. Drawing inspiration from Ogata’s painting Red and White Plum Blossoms, a national treasure of Japan, Moon Flower considers how red and white plum blossoms would appear on the Moon, presenting a continuous kaleidoscope of exploding moon flowers. The deified characters of Ogata’s Wind God and Thunder God take centre stage with Tosa’s reimaginings. Wind God shows a figure approaching and unfolding onto the scene before departing while Thunder God invokes the Japanese thunder god Susanoo, who remains likeable in spite of his selfish and mischievous personality.